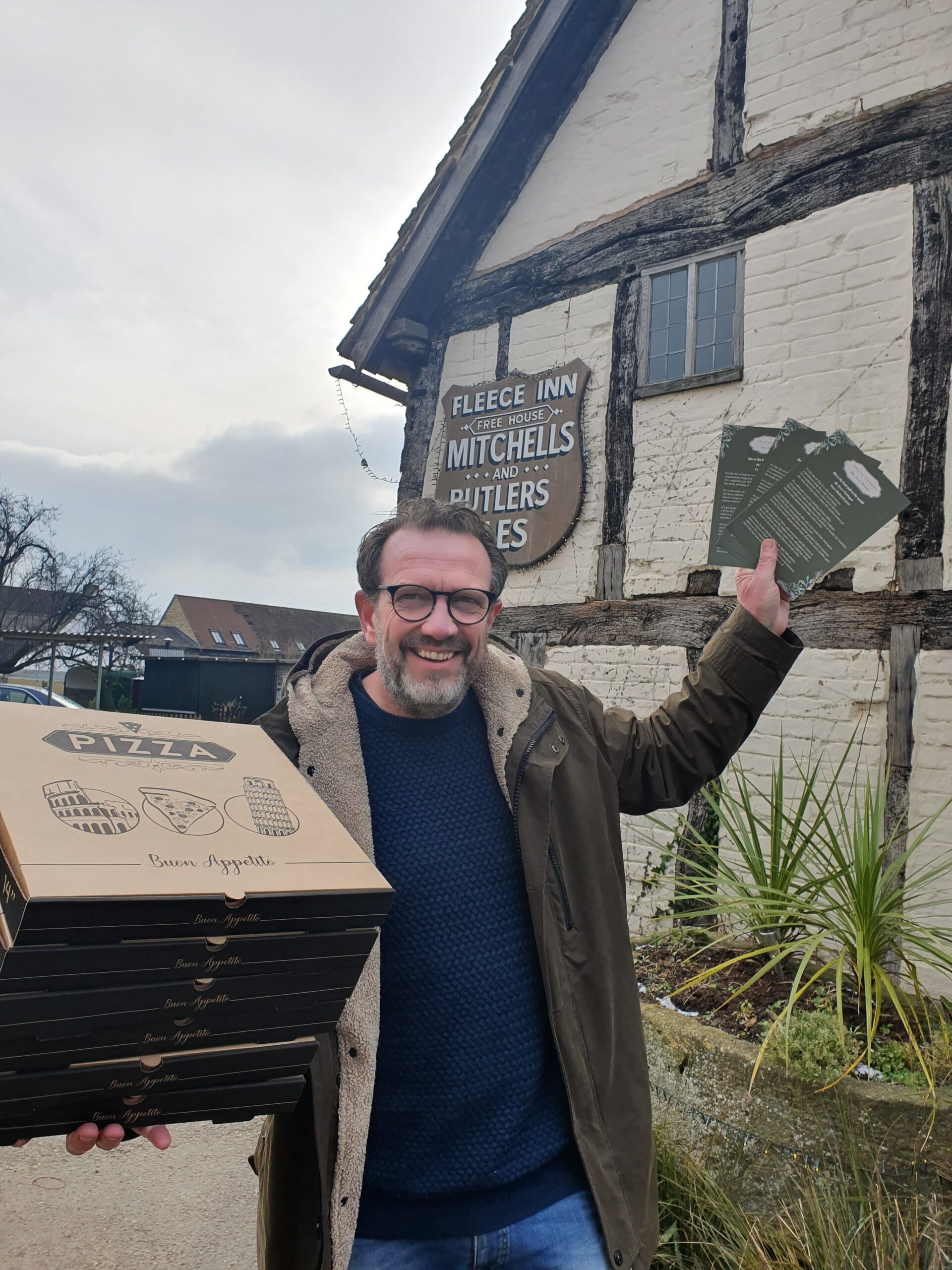 Publicans across the country got involved in our ‘Winter Warmers’ poetry campaign, launched in collaboration with arts project INN CROWD, in a number of creative ways.

Read on for some highlights on how the ‘Winter Warmers’ campaign was activated by pubs around the country following its launch in January.

Nigel Smith, publican of The Fleece at Bretforton, Worcestershire, shared poem postcards in with the pub’s takeaways. He said: “We have been delivering hot meals and some mental stimulation with the poems. We had some nice comments back from customers about the postcards. They have been a good way of helping to remind people what pubs are, and the solace and connection they offer people. Pubs will provide that respite going forward and these poems help remind people of that.”

At The Pheasant at Gestingthorpe, Essex, the pub’s owner Diana Donoghue put ‘Winter Warmers’ postcards in regulars’ takeaway bags. She said: “I wrote a friendly, upbeat, personal message to customers just to say ‘Thank you’ for their support. Their feedback was very positive. They liked the poem and thought it was a nice gesture.”

Diana also delivered postcards with cheery messages written on them to regulars’ homes.

She adds: “I think it is important to remind people of how important the village pub is to the community and this was a nice way of doing that and saying Thank you. It is really nice that Pub is The Hub has shown its support to publicans in this way.”

At The Bevy in Brighton, East Sussex, recipients of its meals on wheels, enjoyed receiving the postcards with their meals.

The Fleece at Bretforton filled one of the pub’s windows with the different ‘Winter Warmers’ poems for its locals to enjoy whilst out walking.

At The Three Horseshoes pub in Burton Bradstock, Dorset, publicans Hannah and Jaap Schep, also filled a front window at the pub with posters of the ‘Winter Warmers’ poems, along with a big ‘We Love Pubs’ poster they made for passers-by to read. 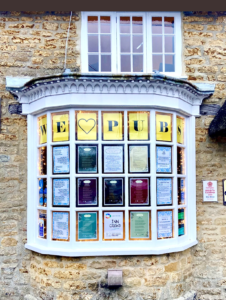 The Scheps also sent out ‘Winter Warmers’ poem postcards with its Valentine’s Day Sunday lunches, each with a personal handwritten message on.

Hannah said: “The feedback was wonderful with phone calls and messages from customers to say how much they enjoyed reading the poem and how much they long to return to their local, not only for the food and drink, but for the friendship, banter and fun.”

The pub has also ran a competition encouraging children to write a poem, sonnet, free verse, rhyme or limerick about the local area, with the winning entries framed and displayed in the pub for all to see once it is open.

At The White Lion in Selling, Kent, publicans Karen Johnson and Dave Thompson, who have featured videos of the poems weekly on the pub’s Facebook page, are planning to ask their locals to record themselves reading their favourite ‘Winter Warmers’ poem or ask them to write their own ‘Ode to the Pub’.

The publicans are also planning to a ‘Winter Warmers’ related activity in the pub’s next socially distanced scavenger hunt. They have run two feature successful scavenger hunts in the past year, where locals are set a list of fun challenges on a Friday night to complete by the Sunday.

Karen and Dave also included poem postcards in with the pub’s takeaway meals and posted them through residents’ doors.

Karen said: “We wrote on the cards that we hope they are ok, or some banter with some of our regulars. People were really pleased to receive the poem. Recipients went on to listen to the poem and all the ‘Winter Warmers’ poems online. As a pub team we have really appreciated listening to the poems too.” 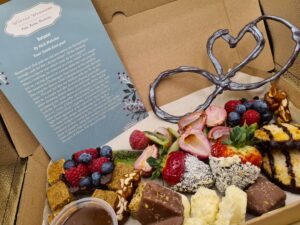 At The Dog Inn at Belthorn, Lancashire, poem postcards, featuring a lovely note to villagers, were delivered by a team of volunteers to all 230 homes in the village.

Yvonne Brown, committee member at the community-owned pub, said: “The postcards were a really lovely idea to help pubs keep in touch with their locals. It is really important to try and keep in touch with people at the moment, which is really difficult to do when you are closed.”

Yvonne adds: “We wrote on the cards that we hoped they were keeping safe and that we are looking forward to welcoming them back to the pub when open. People really appreciated receiving them.”

The pub’s team also numbered the postcards to run a raffle for locals to win a free drink to enjoy when the pub reopens if their lucky number is picked.

The Sargents placed a poster of Alexandra’s poem on the door to the post office for people to read. The postcards were made available for people to pick up at a hand sanitising area, which customers use before entering its shop and were also included in grocery boxes being delivered to homes in the local area.

Chris says: “Customers appreciated the thoughtfulness of the poem postcards being shared with them and they were another good way of helping us keep the pub relevant to people while it is closed.”

The White Horse Inn has been the home to a monthly poetry workshop for the past six years, hosted by poet, and editor of literary magazine Tears in the Fence, David Caddy who lives locally. The sessions are held on Saturday afternoons from 9.30am to 4pm, including lunch and with around 14 people attending.

Victoria Hunt, publican of The Lodge at Tuddenham, Norfolk, which has been continuing to serve its local residents during lockdown 3 with its shop and takeaway, shared the poem postcards in pre-ordered grocery boxes.

Victoria said: “It was something different about pubs for customers’ to receive. They were something positive to share when there is so much doom and gloom. We hope they made people smile. We left the postcards blank so people could use them to write a message on them to send to other people.”