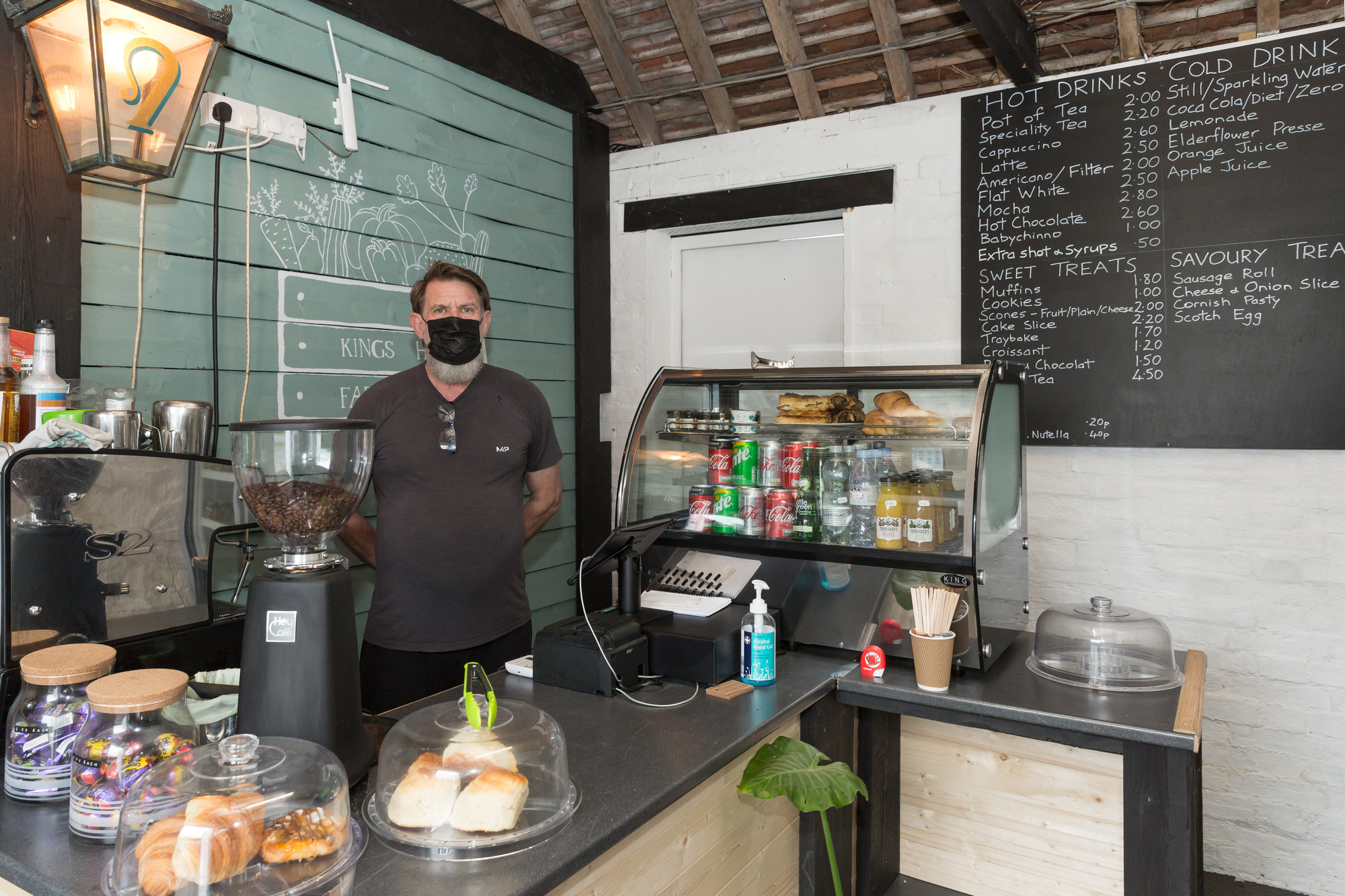 A Kent pub has transformed a disused outbuilding into a farm shop and community café, thanks to the expert help and a Community Services Fund grant from Pub is The Hub, the not-for-profit organisation that helps pubs to diversify and provide essential local services.

Licensee Lance Culver took over the Shepherd Neame pub the King’s Head, in the village of Shadoxhurst, last September, but he managed just seven weeks of trading before he was forced to close the doors due to November’s second lockdown

This setback, however, inspired Lance to look into diversifying, more precisely into the possibility of setting up a village store and coffee shop, and a disused storage space attached to the pub provided the ideal location

The shop, which has already been trading for a number of weeks, was officially opened on Friday (June 4) by Damian Green, MP for Ashford.

“I’d been made aware of similar projects and it occurred to me that we needed to set up a shop and café here,” said Lance.

Calls to Ashford Borough Council to ask about licensing and possible grants saw him directed to Pub is The Hub.

“I spoke to a regional advisor called Tim Tempest at Pub is The Hub, who was very helpful,” said Lance. “It’s a smashing organisation.”

A grant was secured from Pub is The Hub, who also offered Lance expert guidance throughout. But a lot of hard work still lay ahead before the idea of the shop could be realised and over a period of four weeks during December Lance and a team of helpers set about the task. 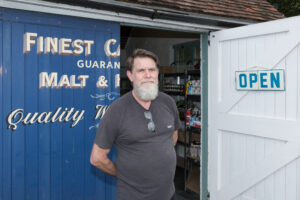 “We removed three skip-loads of rubbish, including several old fridges, and in clearing the area for the shop we also created a courtyard area at the rear.

“The space is now half coffee shop and half farm shop,” explained Lance. “We have produce supplied by a local bakery, and we also stock milk, cheese, smoked salmon and meats. Fresh vegetables, fruit and salad too, People can also buy coffee to drink in the courtyard or take away.

“We try our best to keep everything as local as possible.”

Tim Tempest, regional advisor for Pub is The Hub, said: “The farm shop and community café are much needed in this area and will be a huge benefit to local customers and the wider community. This will provide a meeting place within the village, which will help to combat the isolation many have felt during these challenging times.

“Pub is The Hub is pleased to support entrepreneurial publicans such as Lance, who spot an opportunity to diversify for the benefit of the wider community.”

The shop and café are open seven days a week, between 10am-1pm.

The King’s Head itself is a traditional country pub, parts of which date from the 16th century. It serves a selection of traditional ales, crafted lagers and wine, and is popular for its menu of traditional and freshly cooked food.