After an absence of over thirty years Butley village near Woodbridge in Suffolk is welcoming the launch of a new village shop at The Oyster Inn.

Butley Village Store will be open during pub hours, from 12 midday to 3pm and then from 5 to 11pm from Tuesday* to Friday and from 12 midday to 11pm at the weekends. It stocks convenience foods and produce from local suppliers – this excludes vegetables so as not to compete with local honesty box sales but does include baked goods from the award-winning Cake Shop Bakery in Woodbridge. At weekends the shop will be staffed during the busy lunchtime shifts, otherwise pub staff will manage the sales.

Parish Council Chairman, David McGinitty and WI chair, Audrey Boast were on hand to officially open the shop and celebrate the return of the village’s much-needed service. Also at the opening was Terry Stork the local advisor representing Pub is The Hub, the rural pub champions who had supported the development of the project from its inception last year.

Situated at the rear of the 400-year-old pub, Butley Village Store is the culmination of eighteen months’ worth of refurbishment and development by owners Judi and Andrew Newman following a four year period of closure. Alongside the shop, they have already opened a micro-brewery and a community cinema club.

In December, the project received a huge boost when it was confirmed that they had been awarded a grant of £25,000 through The Prince’s Countryside Fund in partnership with People’s Postcode Lottery allowing the Newmans to complete the village shop.

Judi Newman said: “The development of the shop has been based on local demand and consultation. Many of our locals had said that they were very keen to see a shop in the village again – in fact it’s something that we mentioned in our blog on the day we took over the pub in June 2016. At the weekend, one lady told me that she had just done an eight-mile round trip to buy some cat food so hopefully she won’t have to do that again.

“We have been inspired by our work with Pub is The Hub – we love their idea of widening the range of services we can offer at The Oyster Inn to really bring our community together. Combined with our own investment and Pub is The Hub’s links to funding we have been able to complete projects that will not only serve to enhance Butley as a destination but will also improve services, combat social isolation and will improve general community well-being.

“We would like to thank Players of People’s Postcode lottery and The Prince’s Countryside Fund for the grant. We were thrilled to receive the recognition for our community and the added benefits that they have helped us to provide with their generous support.”

Terry Stork, the advisor for Pub is The Hub said: “Judi, Andrew and the team at The Oyster have shown what pubs can achieve when they set out at the beginning of a big project like this with their locals and surrounding community in mind. Whilst they have invested a great deal of their own money in developing their hospitality business they have also been mindful of local residents’ needs at the same time with these essential services and I know it will reap rewards for community cohesion long into the future.”

“The grant awarded by People’s Postcode Lottery through The Prince’s Countryside Fund was invaluable in supporting the Newmans’ final push to complete their outstanding project.”

*Closed on Mondays in the winter months 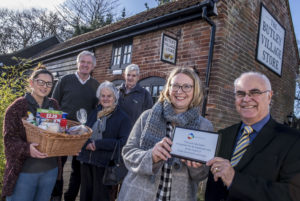 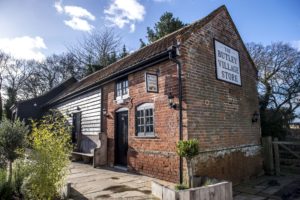 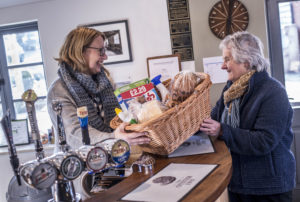 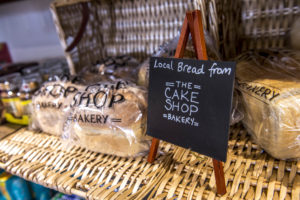 The Prince’s Countryside Fund was established by HRH The Prince of Wales in 2010 and aims to enhance the prospects of family farm businesses and the quality of rural life. We believe that the British countryside is our most valuable natural asset and its contribution to our everyday life cannot be underestimated.

To help support and secure the future of the countryside we:

People’s Postcode Lottery is a charity lottery. Players play with their postcodes to win cash prizes, while raising money for charities and good causes across Great Britain and globally