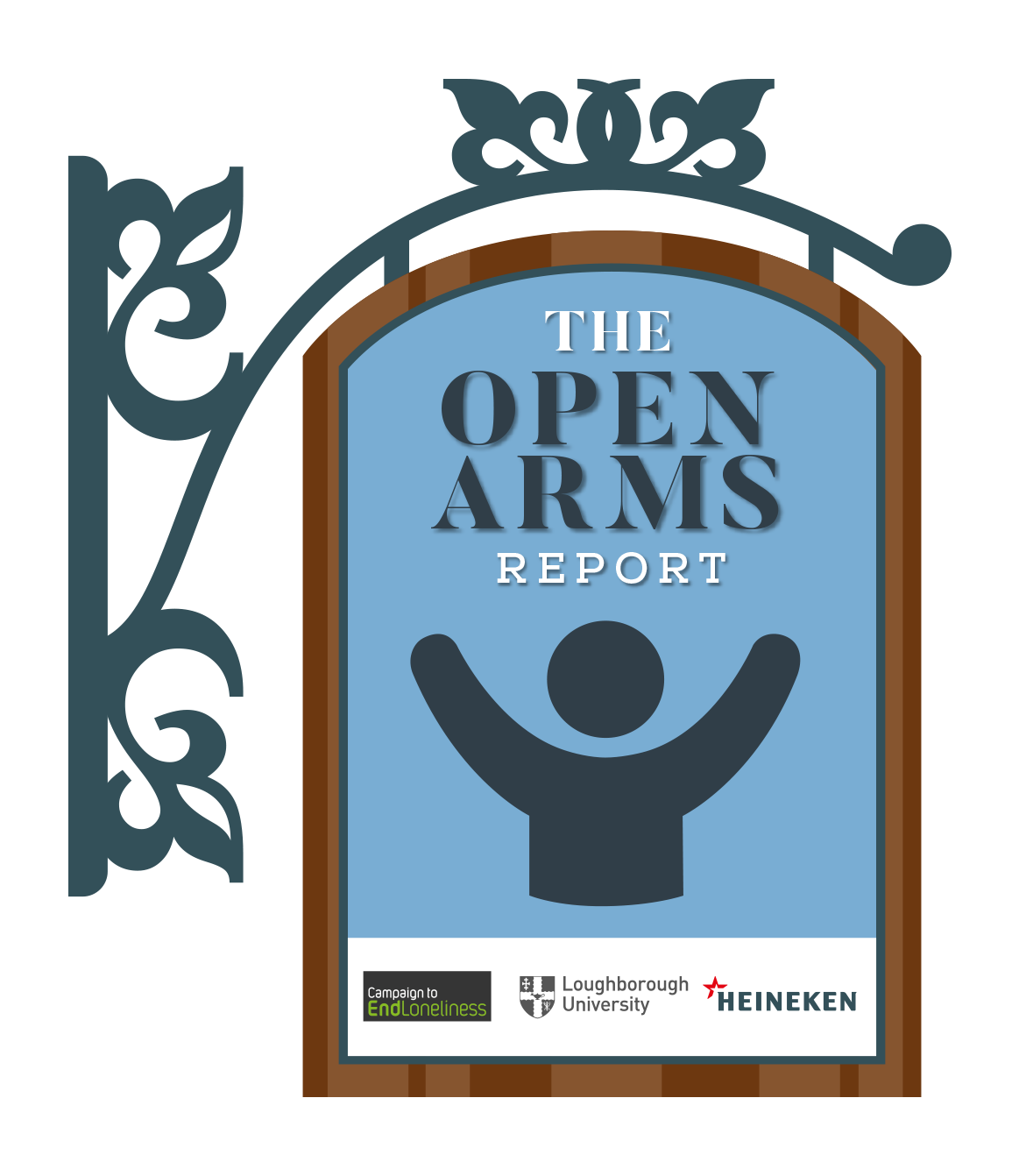 Pubs are important social hubs that help to tackle loneliness and social isolation in local communities, a new report, commissioned by The Campaign to End Loneliness in collaboration with Heineken and Loughborough University has reinforced.

Among key findings in The Open Arms Report are that 64% of respondents* felt that the pub is one of the main places that people living in the local area can socialise. The research, conducted by Loughborough University, also shows that 86% of those surveyed think that when a local pub closes the whole community can suffer, highlighting the key role pubs play in the UK in providing people, from all walks of life, with a space to come together for interaction and connection.

Dr Thomas Thurnell-Read, a senior lecturer at Loughborough University and author of the report, said: “The Open ArmsReport was guided by the belief that pubs can, and often do, have a social value beyond their economic role. Pubs can be really important settings for social activities beyond the home and the workplace, a place where people can feel a connection with others.”

He adds: “The report reveals that for many, going to the local pub is an opportunity to get out of the house and have a conversation. This social contact, and the sense of connection and community it provides, has been under threat during the Covid-19 pandemic, and protecting the social role of pubs is now more important than ever.”

Other insights in the report include:

Robin Hewings, director of campaigns, policy and research at the Campaign to End Loneliness said: “Loneliness has been a growing concern in our society in recent years, but the pandemic has brought the issue of loneliness into sharp relief. We’ve seen both older and younger people affected by feelings of loneliness. ONS figures show that in 2020 more than 7.5 million people (30% of the UK population) said feelings of loneliness affected their well-being during lockdown.”

He adds: “Pubs are places, which particularly for older people, offer a safe and sociable space to meet other people. Importantly, this report has recommendations for how pubs can be even more welcoming places, for example through more accessible design.”

Other report recommendations include encouraging publicans to reach out to collaborate with local community groups to help tackle the issue in their local area and more specific training and materials provided to help support publicans and their staff in addressing this key issue.

The Open Arms Report has been released as part of Heineken’s annual ‘Brewing Good Cheer’ campaign which aims to help combat loneliness. The initiative usually sees Christmas lunches being held for hundreds of people in pubs across the country. Instead, Heineken has been supporting its pubs, and the communities connected to them, by donating thousands of pounds to 100 pubs across the UK for them to support local charities. Heineken colleagues have also been volunteering with projects which help lonely, isolated or vulnerable people by calling them on the phone.

James Crampton, corporate affairs director at Heineken UK, said: “This year has been incredibly tough for so many people. Loneliness and isolation have affected many across the country and our annual ‘Brewing Good Cheer’ campaign is all about tackling that. To release this report as part of our activity to raise awareness of this critical issue is even more pertinent now.”

Pubs are places of connection

He adds: “Pubs are hubs of communities in every village, town and city. They’re so much more than just a place to have a pint – they’re a place to be with each other, and as soon as is safe to do so, we cannot wait to welcome people back.”

Since 2019 Heineken UK has also supported Pub is The Hub’s ‘Join Inn – Last Orders for Loneliness’ campaign. Find out more about our campaign here: www.pubisthehub.org.uk/join-inn-last-orders-for-loneliness/

Read The Open Arms Report,including recommendations on how publicans can help tackle loneliness in their local areas.

*Research interviewees were people working in pubs and from across the pub industry. Focus groups were also conducted across the country in rural, suburban and urban areas, with an emphasis on people from older age groups as well as specific groups including members of the Caribbean community and people with learning difficulties.

The Open Arms Report was commissioned and carried out prior to the onset of the Covid-19 pandemic in 2020.