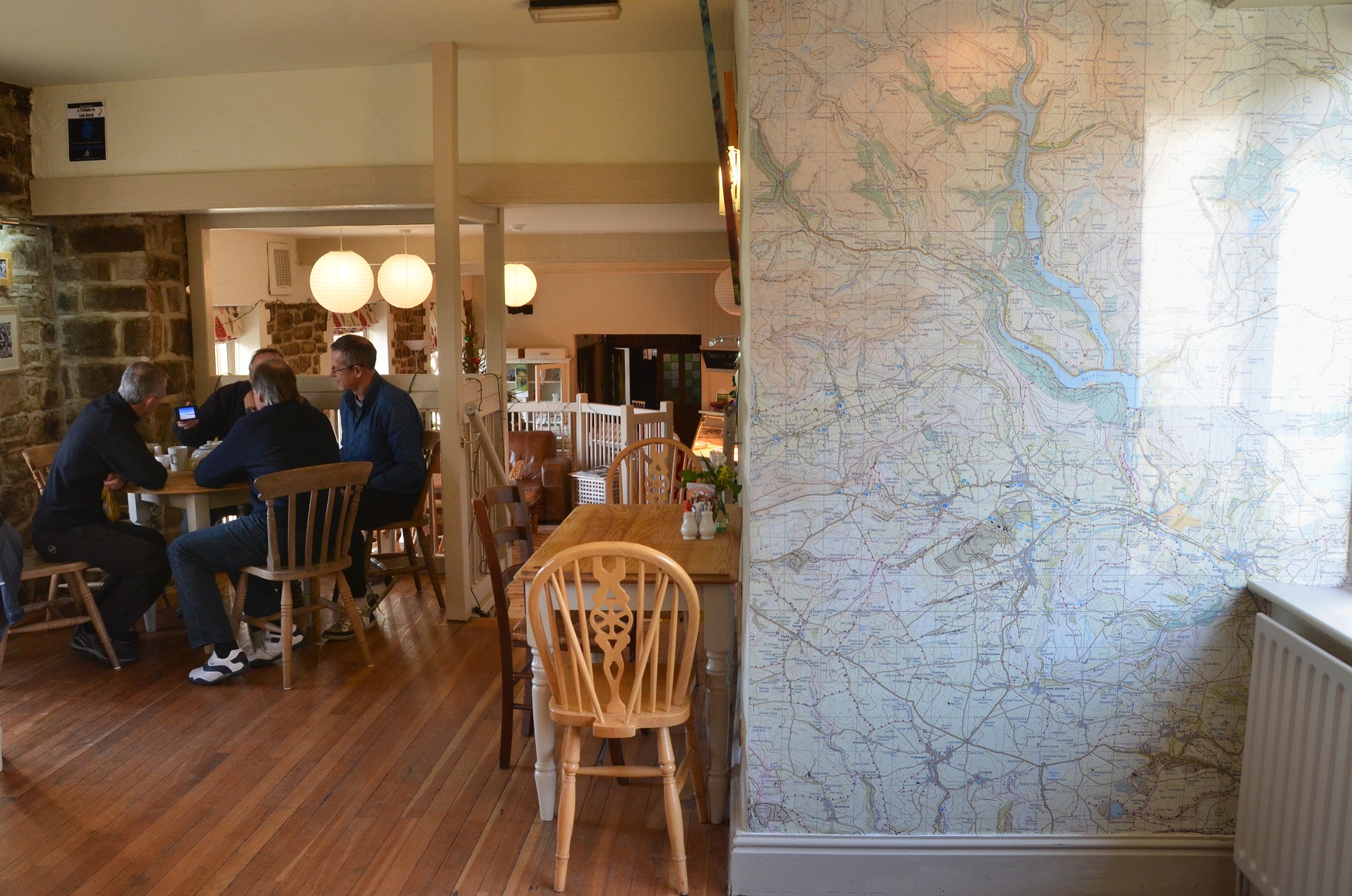 The community in Bamford in Derbyshire are taking a well-earned rest – at the Angler’s Rest pub – following their epic journey to take over their village pub, relocate the village post office and open a new café!

In the latest step in their jouney, the community have just re-opened the Post Office which had been relocated from another village site. This community-owed pub was bought and taken over by the over 300 local people in November 2013 who raised £275k to purchase the pub from Admiral Taverns.

Ben MacIntyre, a director of the Bamford community Society, which runs the Angler’s Rest explains, “This is a really important day both for the village and for the Angler’s Rest. When we started on this project we had a vision of a business that was really at the heart of the community, run for the benefit of both local people and to attract new visitors to the area. The relocation of the post office is a major part of these plans and we are delighted that we were able to save this crucial service for future generations.

“The Anglers Rest is already a much loved village asset and bringing the Post office into the building is another way to ensure that it remains relevant and accessible to the whole community.”

Andrew Bingham, MP for the High Peak, and a key supporter of the project, officially opened the Post Office at a ribbon cutting ceremony in March 2014 and he commented, “I’m delighted to be officially opening the new Post Office in the Angler’s Rest. I’m very pleased to have been able to help the Bamford Community Society in overcoming various obstacles on the road to this, and I’m sure they will make a great success of the Post Office here.”

Adrian Wales, Regional Network Manager for the Post Office added: ‘We are delighted to be supporting the Community Society to modernise the Post Office and set up the community café. It a great initiative that I’m sure will be valued and supported by customers and residents who will also benefit from new extended opening hours.  It’s a great example of how Post Office branches play a pivotal role at the heart of local communities and we wish them every success.”

Hugh Wilson, the Pub is The Hub advisor said: “This success can probably be best summed up by what the Share Prospectus stated ‘This is not about buying a pub, it’s about helping to sustain a community.” Well that has been achieved and much, much more.  The Angler’s Rest is a day-long facility within easy walking distance for everyone in Bamford.  Pub is The Hub was delighted to be able to offer a £4K grant towards the development of the café from its Community Services Fund.”