The Hare and Hounds pub in Harlton has opened a community cinema with the support of rural pub champions, Pub is The Hub.

Situated in the one-bar pub, the pull-down screen and projector will be used for regular film screenings on week day afternoons, saving village residents a 14-mile round trip to the nearest cinema in Cambridge.

The Hare and Hounds had been closed for over 12 months until the community raised the necessary funds to purchase the property. The Harlton Pub Community Interest Company reopened the pub in November 2017 with experienced tenant licensees, Andy Thompsett and Richard Giles. Since then they have been working hard to establish a good food and drink trade but realised that their valuable community asset could be put to further use if they diversified into additional community services.

Having sought advice from rural pubs organisation, Pub is The Hub, the community group applied for a grant of £2,000 from their Communities Services Fund towards the cost of buying and installing the screen and projection equipment.

Licensee, Andy Thompsett commented: “We are so grateful to Pub is The Hub for the advice and support they have shown in backing our community cinema. The intention is to show classic films that will appeal to all sections of the community, thereby, encouraging people to go out more regularly, meet new friends and widen their social network helping to combat social interaction and loneliness. We will draw up a schedule of films from September when the weather is not so warm.”

In addition, the screen and projector can be used for meetings in the pub as well as educational talks and for showing events of national importance, such as royal weddings.

Terry Stork, advisor for Pub is The Hub added: “The small rural village of Harlton has little in the way of community facilities; the cinema will provide a much-needed meeting point for groups who would not usually visit the pub including older residents and children.” 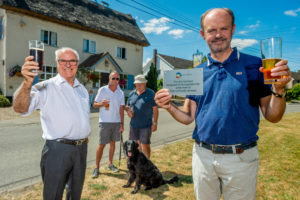 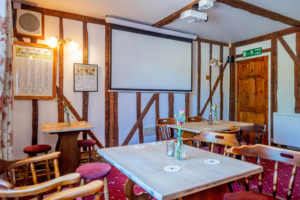 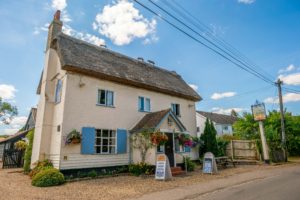