This year’s winner of the South Norfolk Community Pub of the Year 2017, the Green Dragon at Wymondham has won £500 towards running a community event as well as the honour of the award.

Now in its ninth year, pub goers in South Norfolk are asked to vote for their favourite pub and shortlist is whittled down to four final categeries based on population size around each pub to level out the competition. The finalists are then further scrutinised by a touring panel of judges to pick the outright winner.

The judging team, consisting of councillors and a representative from Pub is The Hub, visit the pubs looking at trading areas, catering kitchens and beer cellars, and talking to the licensees about how they make a difference in their respective neighbourhood. All the finalists have taken the time and energy to help their communities, meaning even more work and responsibility, and are a wonderful example of what can be achieved through hard work.

The four category winners in order of local population were:

Licensee from the overall winner, the Green Dragon, Justin Harvey took over the pub eight years ago turning it into a thriving business. The pub runs acoustic open mic nights, a ukulele club, quiz nights, shows every week and book groups. They host the Rotary Club meetings, PTA meetings, sponsor the local Rugby Club and have raised thousands for local charities.

The three runner-up finalists will receive a free show of their choice from Creative Arts East sponsored by Pub is The Hub, bringing exceptional live events to new pub audiences.

Terry Stork, Pub is The Hub advisor for East Anglia said: “South Norfolk District Council should be congratulated for running this inspired competition that showcases licensees and the fantastic work they do for their respective communities. This is a great example of stimulating and promoting the work of good licensees in their communities.” 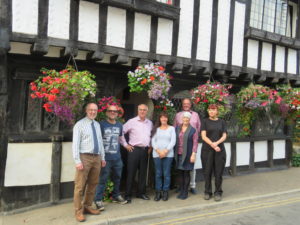 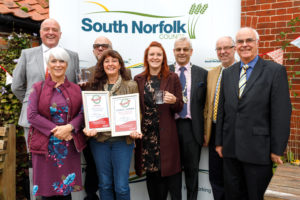