London pub’s ‘MeetUpMondays’, community Christmas Day lunches and quizzes help to combat social isolation in one of the loneliest cities in the world 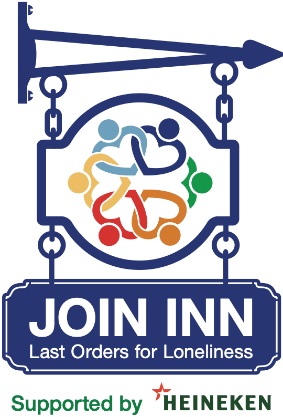 While many people dread the alarm going off on Monday mornings, for some elderly residents in Wimbledon, before the Covid-19 pandemic, it had become one of the happiest days of their week thanks to the fun and company they enjoyed at the excellent ‘MeetUpMondays’ hosted at The Alexandra.

Mick and Sarah Dore, managers of this Young’s pub, have been running ‘MeetUp Mondays’, meetupmondays.org.uk, at the pub for three years, bringing together people fed up of being at home alone for a laugh and a chat with others.

The weekly get-togethers, which can attract up to 100 people from all over London, were hosted weekly before the Covid-19 pandemic, with people arriving from 11am and running 12 noon to 2pm. Everything for the attendees is put on for free, including bottomless tea and coffee, sandwiches, a short quiz, bingo and raffle. The sessions had become such a positive to its attendees that even last October, when socially distanced sessions were being hosted outside under the pub’s heated canopy, that over 30 people were still attending.

Word is spread about The Alexandra’s ‘MeetupMondays’ through word of mouth by attendees and also by customers who have seen information about the events on social media or on adverts in the pub’s toilets. Mick says: “If a customer says I will tell my mum to come down, then we reassure them that they will be looked after, which helps encourage people.”

Customers have also been invited along to the meetups too. “We approach the conversation of coming along over a couple of weeks, finding out more about their background and connections, to help reduce the risk of offending people.” 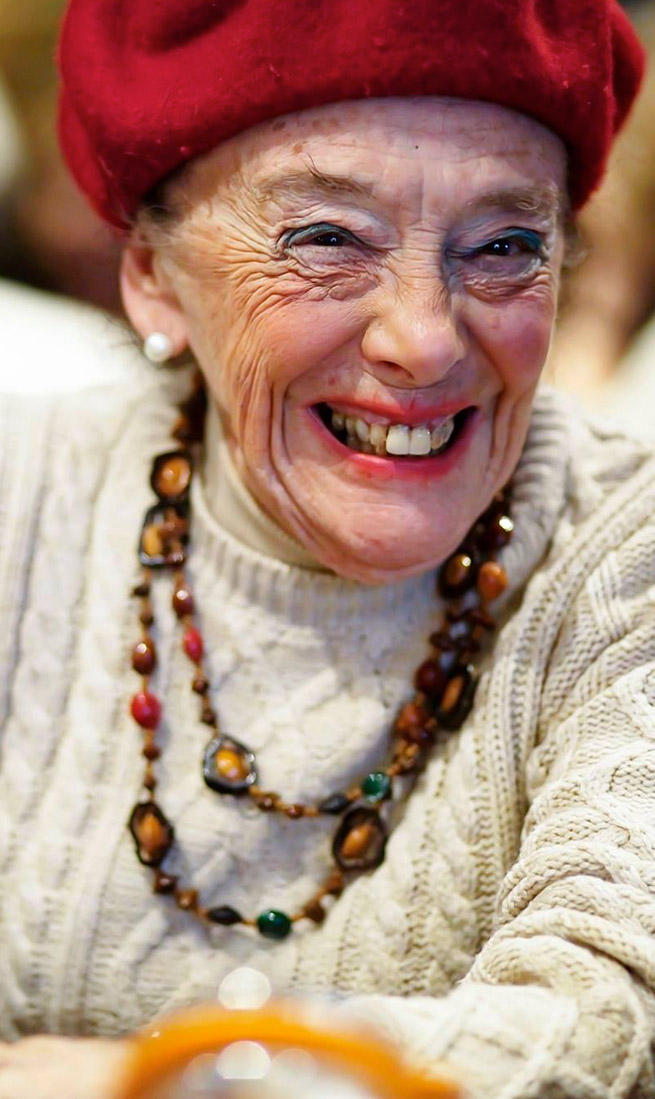 You get to realise how events like our ‘MeetUpMondays’ make a difference to people. People get dressed up for it and it gets them out of the house to have a laugh and a natter. We have people who connected at them that now go on holidays together and have started romances. We really enjoy hosting them too.

Mick used a community Christmas Day lunch at The Alexandra, hosted for people who would be on their own, to help spread the word about the launch of ‘MeetUp Mondays’. He says: “We came up with the idea in the November, asked people at the Christmas lunch if they fancied coming along and hosted our first event in the January. We had 13 people at the first meetup and it grew from there, with an average of 70 people coming along weekly before the pandemic.”

I think years ago we were better as an industry at bringing people together, introducing the plumber to the builder etc, but we don’t seem to bother with it anymore. Many people now use pubs as pseudo-restaurants and come in and eat food and go home.

Things like our ‘MeetUpMondays’ say to people that this is a friendly pub and we care about others. People make a value judgement on the things you promote and get a feel for the business. Consumers like using feel-good businesses. 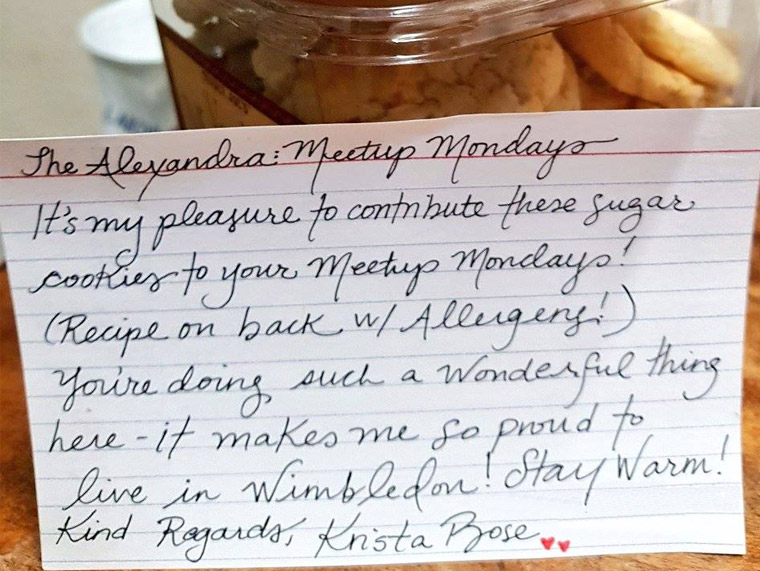 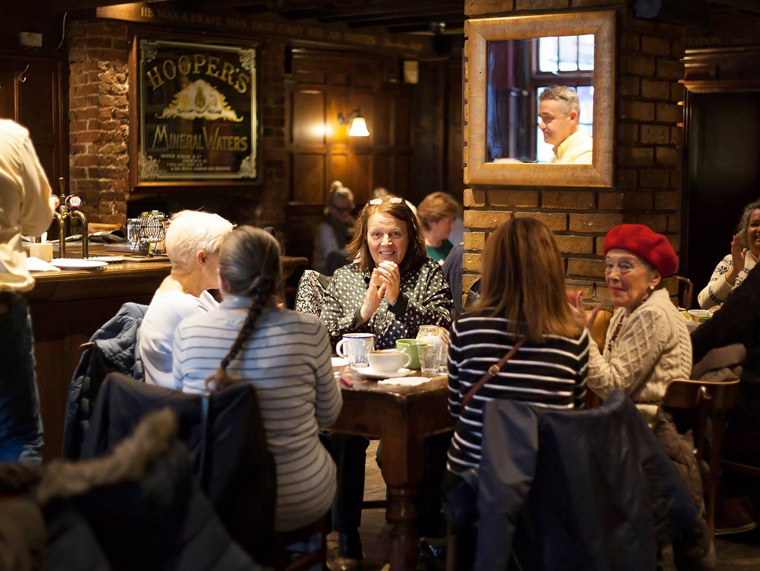 The inspiration for these Monday meetings was also conceived from these Christmas Day lunches that the Dores hosted at The Alexandra for five years, until Christmas 2019 (and are hoping to bring back this year). The pair, inspired by the positive impact this one day had on the people attending, deciding they wanted to offer something that supported people at risk of social isolation all year round too.

Around 150 people attended the pub’s last Christmas Day lunch, with a band of volunteers helping ensure the event is a big success.

They receive lots of donations towards the event, such as free turkeys and beer, and local taxi drivers provide complimentary transport for attendees.

Mick says: “The lunch helps pull the whole area together. The volunteers and people who donate goods get as much out of it as the people who come.”

No charge, no excuses

The Dores decided to offer the Christmas lunch free of charge, not because people in the local area can’t afford it, but to help prevent any excuses not to come.

Mick says: “By not charging for the lunch we also get lots of publicity for it in newspapers and on the radio, which also helps get the message out to more people who would benefit from attending.”

The Christmas Day lunch guests are predominantly local pensioners, including volunteers from the local charity shop, but around 30% of guests are a variety of ages, including some homeless people and students from overseas who would be spending the day alone.

Mick says: “We make sure that people who have something in common all sit together.”

The big-hearted publican believes loneliness is an issue that publicans are well placed to help with. He says: “There are swathes of our society who are on their own, not everyone has got four friends to go down the pub with. Reports always say London is among the loneliest cities in the world. Loneliness is rife within our society. If a pub isn’t there to help with loneliness, I can’t think what it is there for.”

To help support people who might be experiencing feeling of loneliness he says publicans need to create a pathway to their pub’s front door to help get people out of the house and suggests offering things such as free toast in the mornings. He says: “Some people may come and have breakfast with you rather than at home alone.”

The Alexandra also had a small group of elderly gentleman playing a cribbage tournament on Monday nights, which got them out of the house. Mick says: “We put some coffee on for them and they really enjoyed it, and when people came in on a Monday night the pub felt so much better with them playing in the corner. It adds to the atmosphere.”

Bring all ages together through quizzes

The Alexandra’s free to enter weekly quiz is another effective way of bringing people of all ages together at the pub, or during lockdowns joining in online.

Mick pitches the quiz questions from the 1940s and 1950s up until today, so there is something to help engage everyone, which sees the quiz attended by whole families including teenage children and grandads.

He says: “Families come and have a meal and then play the quiz together. If people come on their own we slot them in to teams so they can get involved too and meet new people.”

Mick has also hosted quiz nights where peoples’ names are put into a hat and they are teamed up with people they don’t know, which also helps people to connect with others.

Mick also recommends when publicans are showing sport in their pub that they look to offer simple games to help get people interacting. He says: “We show rugby games and I print out sheets for customers to guess the correct score. If they get it right they win a £100 bar tab. It helps to drive conversation between those that have entered.”

Although the key motivation for putting on the Christmas lunches and ‘MeetUpMondays’ is to help support local people, Mick says hosting these activities does bring benefits to the business.

“It’s amazing how many people use the pub for parties and celebrations who are unconnected to these events, but they have read about them and want to book us because they view the pub more positively because of it,” he says.

Tips to other publicans: 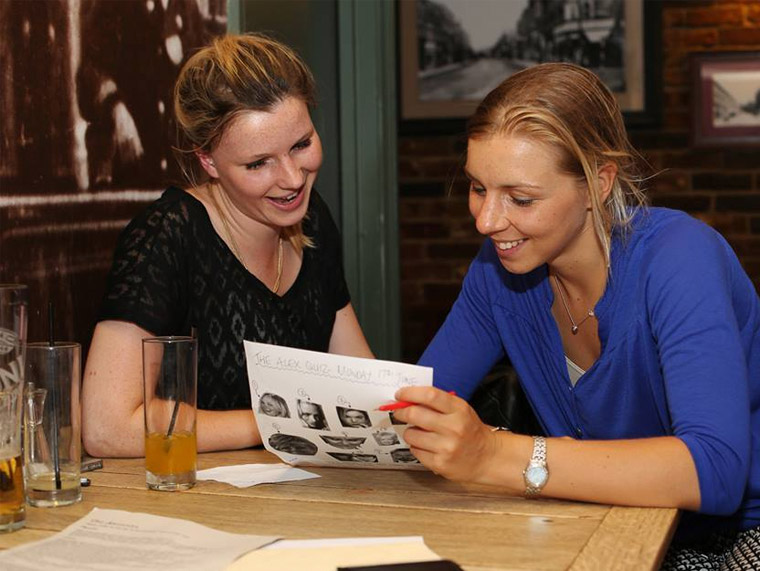 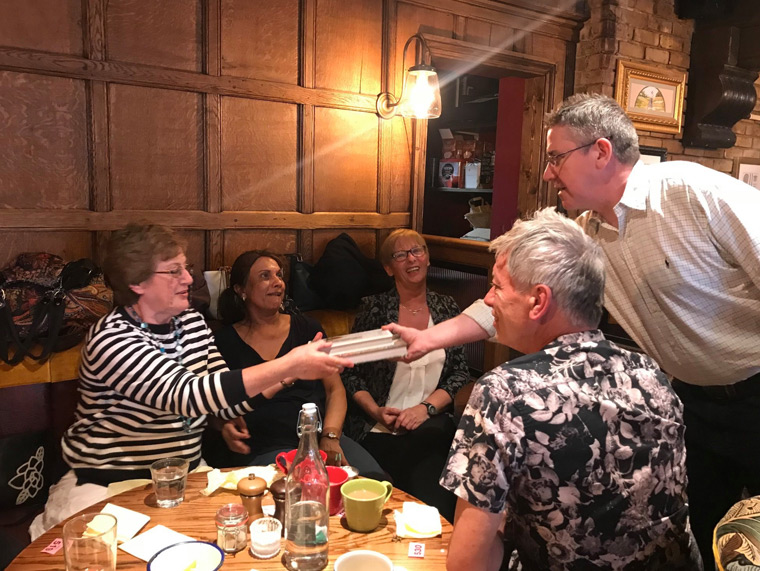