The Three Golden Cups is located in Southerndown and on the heritage coastline, near the town of Bridgend.  The pub, which is the only one in the village, is actually on the coastal pathway.  Southerndown is a small village with no other facilities; just a campsite and a seasonal café, which is open during the Summer months.

Alun and Liz have been in the Three Golden Cups since 2004, and at that time they viewed a few pubs in the South Wales area and then chose the Three Golden Cups because of its coastal location.  Alun came from a Managed House background, having held positions with both Marstons and Bass, and Liz went to catering college and then on to work in food service sales prior to taking over the pub.

Alun and Liz decided to investigate the possibility of accessing a grant and adding a seasonal shop to the pub which would open seasonally along with the campsite from May to September.

A meeting was held with the local Pub is The Hub Advisor for Wales, at which it was agreed that the best place for the seasonal shop would be for it to run from a kiosk on the exterior of the pub, and located next door.

The project completed in March 2014, and the shop opened in June 2014 once the campsite was open for the Summer season.

Alun and Liz are confident that once the campsite is running at full capacity the seasonal shop will go from strength to strength.

Grant received for 70% from the Rural Development Agency. 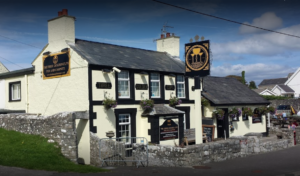 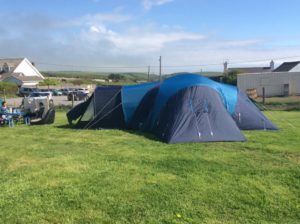 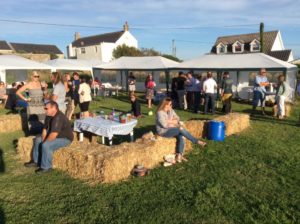