The Marquis of Granby is owned by wife and husband team Sara Barton and Sean McArdle, who also run the Brewster’s Brewery at Grantham.

Sara set up the Brewster’s Brewery in 1998 and was one of the tiny band of female pioneers working in the brewing industry.

The Marquis of Granby is a small country pub located in the heart of the Vale of Belvoir, around 14 miles from the centre of Nottingham.

The Pub, which is the last one in the village after the closure of the Boot & Shoe in 2015 which was sold for housing.

The site is also the brewery tap for Brewster’s Brewery.

There is no shop in either Granby or any of the surrounding villages. Both Sara and Sean felt that a grocery and coffee shop would benefit the community as there is no other facilities other than the village hall.

The pub is too small to sustain a typical pub food operation and the unused kitchen was transformed into a small grocery and coffee shop.

The Dragon Street Stores and Coffee Shop were opened to support people living in Granby and the surrounding villages as it is a 9-mile round trip to the nearest supermarket and transport links are limited in the area.

Pub is The Hub regional advisor Nigel Williams said: “The village store has been great in helping to support those living locally and the coffee shop is really key in proving an opportunity for local people to connect and socialise.” 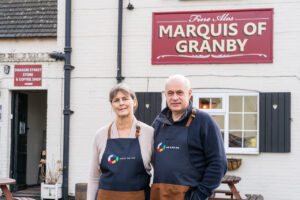 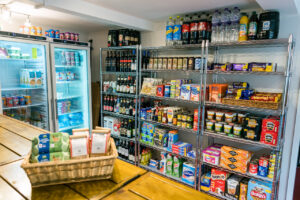 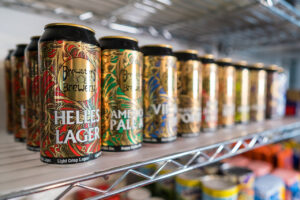 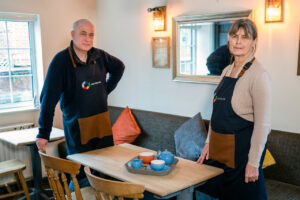